There are many resources available to help us better understand both the life of Theodore Turley and his descendants. Here are some books and websites we hope you find valuable. Please contact us if you have other recommendations!

**Be sure to check out our Historical Documents page to find more great resources on Theodore Turley.** 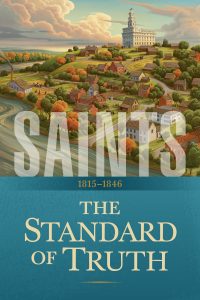 Saints: The Story of the Church of Jesus Christ in the Latter Days Volume 1: The Standard of Truth 1815-1846 (2018): Book and Website (also available in the Gospel Library app)

The stories of Theodore and his immediate family members are intricately tied to the early history of The Church of Jesus Christ of Latter-day Saints. This new official history published by the Church History Department provides an easy to read introduction. Although Theodore is never mentioned by name, this narrative provides useful context for his conversion in Canada, his ill-fated move to Far West, Missouri, his experiences building up Nauvoo, his mission to England with the Quorum of the Twelve Apostles, and his experiences surrounding the martyrdom of Joseph Smith.

For more on the origin of Saints, including the integral role of one of our own in that project, see the 2019 TTFO presentation by Richard E. Turley, Jr.

If you need more bite-size chunks, check out the Church History Topic Essays released along with the 2018 publication of Saints. Topics pertaining to Theodore’s experiences include: Canada; Far West; Mormon-Missouri War of 1838; Nauvoo (Commerce), Illinois; Council of Fifty; Joseph Smith and Plural Marriage; and Departure from Nauvoo. 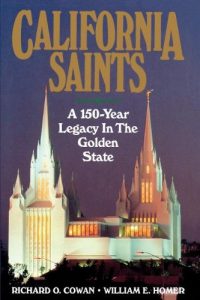 California Saints: A 150-Year Legacy in the Golden State (1996) by Richard O. Cowan and William E. Homer: Book and Website 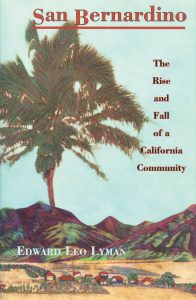 San Bernardino: The Rise and Fall of a California Community (1996) by Edward Leo Lyman: Book and Website

Leo Lyman was the featured speaker at our 2018 TTFO Temple and Family History Day Presentation, and is a noted expert on San Bernardino. Like the histories above, this book is available to read for free online. One reviewer said, “A timely new comprehensive study by historian Leo Lyman, San Bernardino: The Rise and Fall of a California Community, brings forth new details and provides fresh insight into the importance of the Mormon colony at San Bernardino and its context in the settlement of the West and southern California. It will serve as the standard interpretation for many years to come.” (Larry E. Burgess, Southern California Quarterly)

Spiritualism and the Godbeite Movement 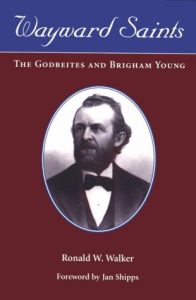 Most of Theodore’s descendants are aware that he was excommunicated from The Church of Jesus Christ of Latter-day Saints for involvement in spiritualism shortly before he died. This book, although never mentioning Theodore by name, provides useful context for the movement of which he and his more prominent son-in-law, apostle Amasa M. Lyman, were a part. (Recommended by Janet Packham at the April 5th semi-annual meeting.) 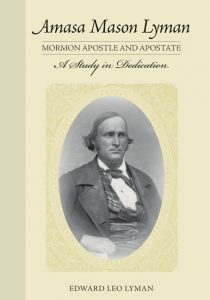 Leo Lyman was the featured speaker at our 2018 TTFO Temple and Family History Day Presentation, and is a descendant of Amasa M. Lyman. Kay Lovell recommended this book in the March 2018 TTFO Newsletter. He wrote,

Few of us are well acquainted with the culture and circumstances of the Mormon settlements in the late 1800’s and the challenges they faced. One work that presents a new view on that period is “Amasa Mason Lyman, Mormon Apostle and Apostate: A Study in Dedication” by his descendent Edward Leo Lyman. The life and times of Amasa Lyman parallels and intertwines with Theodore Turley.

Theodore and Amasa joined the Church at approximately the same time. Both sacrificed much for the restored gospel. Both were close to the Prophet Joseph Smith. Amasa worked for Theodore in Nauvoo. One of Theodore’s daughters, Pricilla Rebecca, married Amasa as a polygamist wife. Both were original settlers in San Bernardino and both later relocated to Southern Utah. Both had a contentious relationship with Brigham Young and were excommunicated. Ultimately, both Theodore and Amasa had their blessings restored after their deaths.

Edward Lyman’s account of Amasa Lyman’s life gives a unique view of Mormon pioneers in the Western frontier and the world in which they lived. Lyman’s book is different than others because he gives a detailed account of Amasa’s life, both the good times and not so good times. Because Theodore’s life paralleled Amasa’s, this book provides a great view of Theodore’s later life about which little has been written. 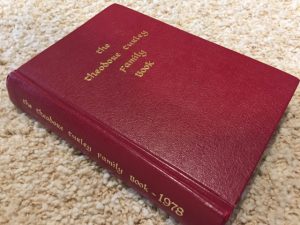 The Theodore Turley Family Book (1978) compiled by Nancy Romans Turley: Book (out of print) and PDF

Read more about this resource here.